Here on this map we see how people living in Brisbane’s Inner and Southern suburbs commute to work (sampled on a random Monday). It appears the majority of walkers live in the city, while those who live further out seem to be dominated by people taking the car. To me this is not a surprise.

While this map in and of itself is fascinating, there’s a lot more we can learn from our Twin Cities data. So let’s take a closer look at cyclists.

So what I thought would be interesting is to see who is already benefiting from it, and who could benefit from it.

From the census and Journey-to-Work we have a good understanding of how and where people travel to work. And using the dodgr package in R we can work out the most likely route they took to get there. This means we can confidently estimate who is already using the Veloway.

Caveat - this analysis assumes single-mode journeys only. For more in depth analysis feel free to get in touch if you have any specific questions or want more detailed analysis.

This map shows the likely Veloway users and the route they take to get to work (the veloway is the thicker path heading north-south, in the Sourthern suburb).

So given we have a set of cyclists who use the Veloway to go from home to work, we can identify the set of potential users as those who don’t cycle, but travel in similar directions as those who do use it.

And here they are.

cycling continues to represent a very small share of the journey to work modes in Australia’s major cities, falling between 1 and 2%, which is well below local government targets. Furthermore, significant proportions of these riders are men, with males in Brisbane accounting for roughly 81% of bicycle commuters

And my analysis here shows similar numbers, with 3% of people commuting by bike, and of those, 77% are male.

Given our set of potential users we have a large pool of people, both male and female, who don’t currently cycle to work, but live within 2.5km of the Veloway, and would likely use it on their route. 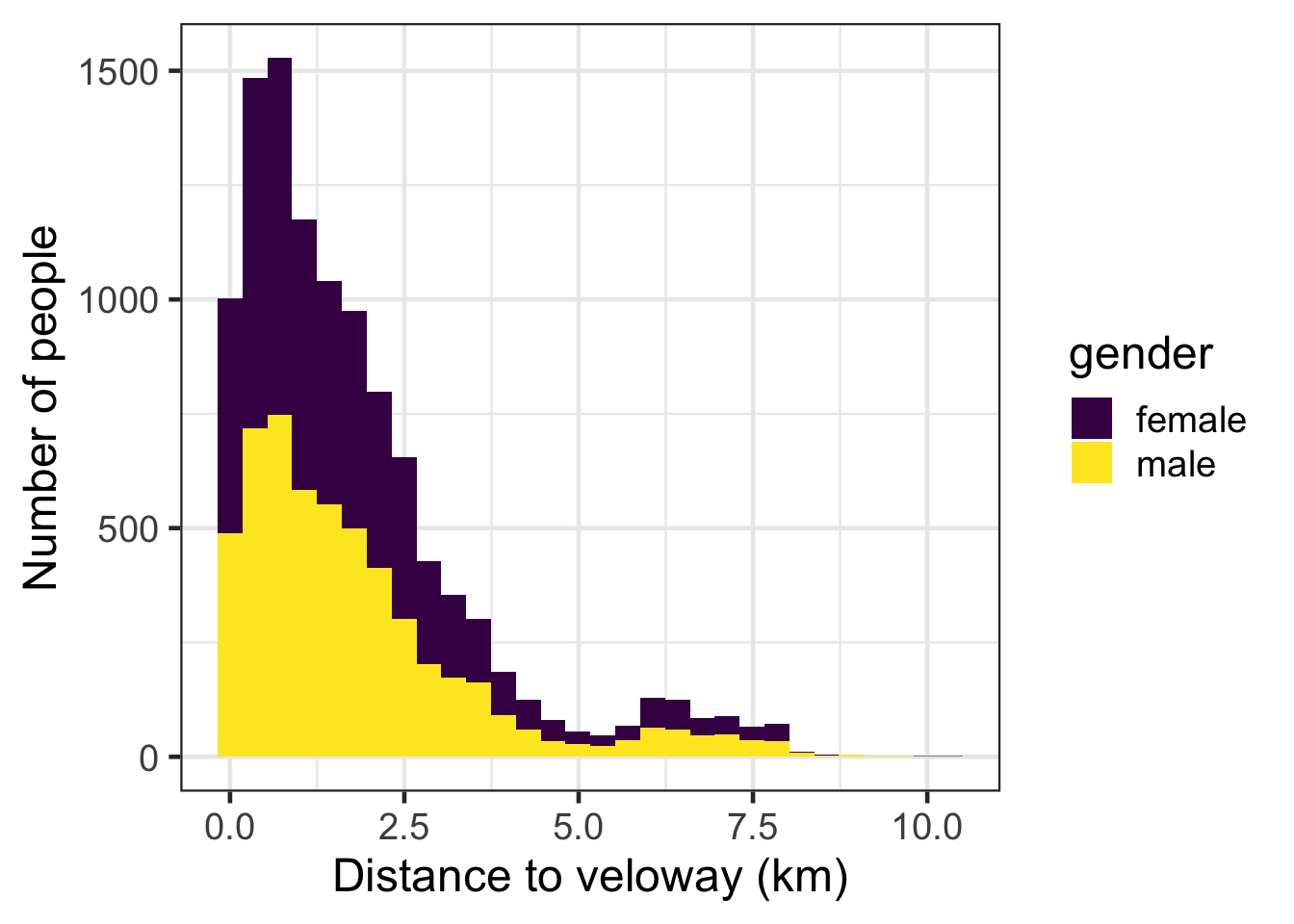 Any questions? Get in touch if you want to know more or have any projects you think could benefit from knowing about the population in your area.