A case study in using deep learning to identify fraud

How can deep learning help to identify fraud?

Identifying unusual or suspicious observations can be challenging, particularly when such events are very rare. In this case study we’ll explain how we used deep learning to identify unusual transactions for a client. Because we can’t show you their data, for this example we’ll the Kaggle Credit Card Fraud dataset.

Only 0.17% of transactions in the dataset are known fraud. With this sort of imbalance, it’s very difficult to reliably train a supervised model to recognise ‘fraud’. Instead, we’ll use an autoencoder (a type of artificial neural network) to identify unusual transactions. 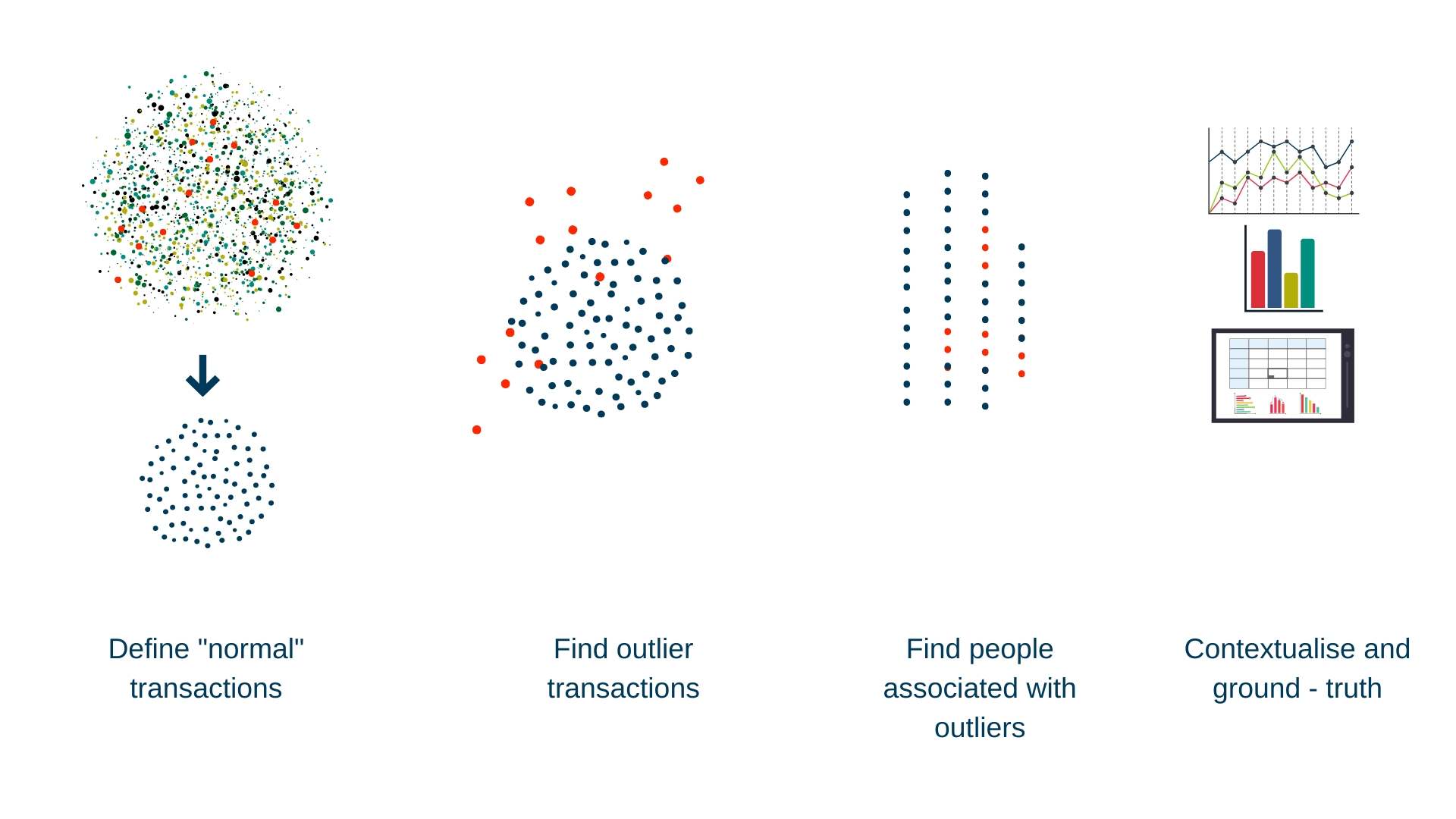 In this case study we will use deep learning to define normal transactions, use this model to identify suspicious transactions, and associate those transactions with individual cards. This places the questionable transactions in context to improve decision making.

How do autoencoders work?

An autoencoder learns to represent its inputs using a small number of dimensions and to reconstruct them from this compressed form. Ideally this reconstruction will be very similar to the original input, indicating that the autoencoder is able to capture the most important elements of the input while reducing the amount of noise. The difference between reconstruction and output in each iteration (known as reconstruction error) is used to help the model refine its representation. This is a type of unsupervised learning, as the model is trained without class labels. 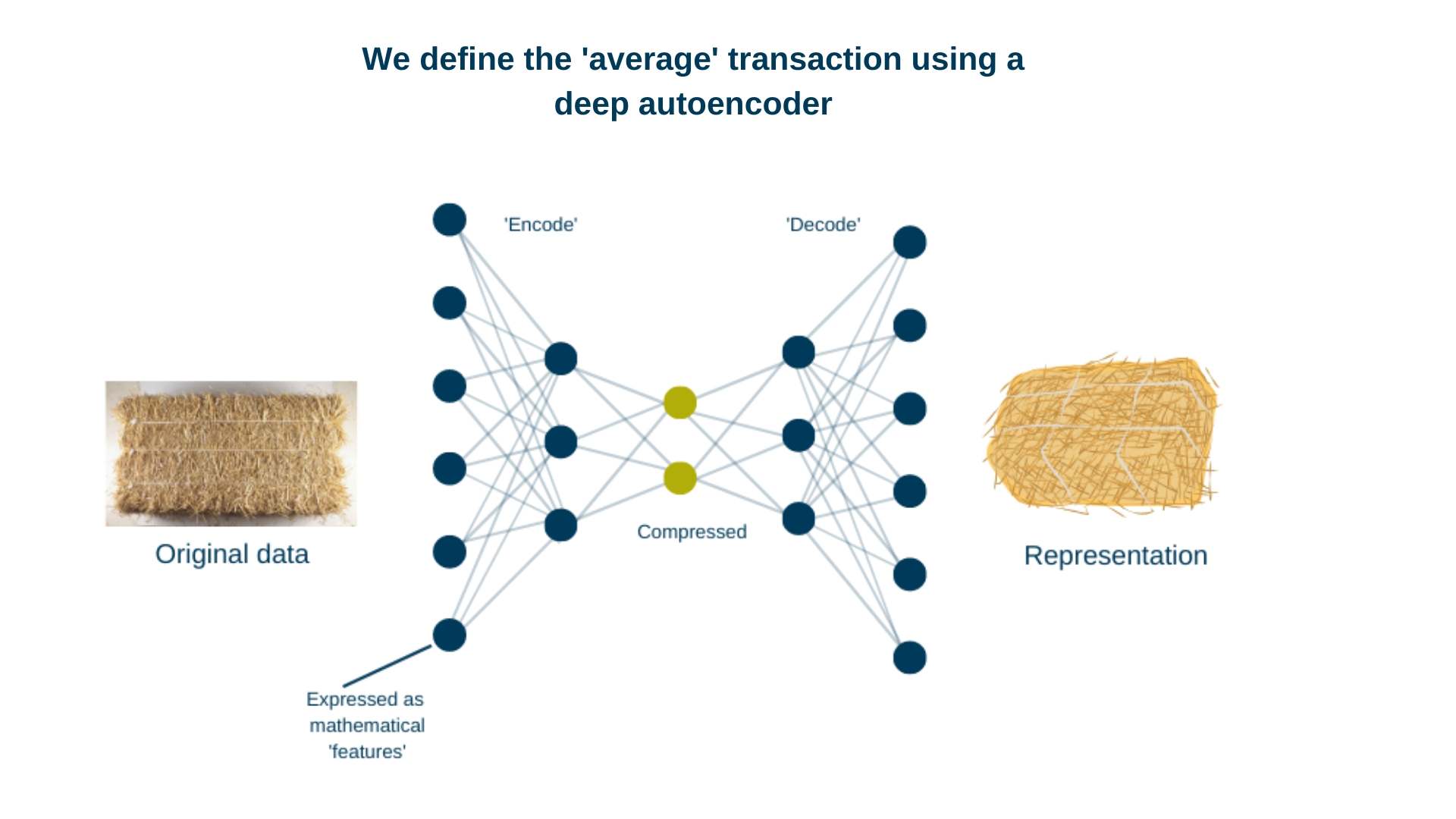 The data we’re using is available from Kaggle. It contains 284,807 transactions (rows) of 33 features (columns), including (integer) time and decimal dollar transaction amount. The Class column is a boolean integer that indicates if the translation is a fraud or not. The remaining columns are (unspecified) transaction features.

Of the 284,807 transactions, only 492 are known fraud. Each transaction is associated with a single card number, with only 50 of the 5000 cards have any fraudulent transactions on them.

Importantly, even for cards with fraudulent transactions, there are also many non-fraudulent ones. The worst offender has 27% flagged as fraudulent.

We trained our autoencoder to identify typical transactions using TensorFlow (via the keras R package). The architecture we’re using is based on one described in a preprint by Schreyer et al., where they use deep learning to help identify accounting fraud. A simpler example of training an autoencoder on the same dataset is described in this RStudio blog post.

The next step is to select a threshold for the reconstruction error, which defines a suspicious transaction. For this we need to consider both precision and recall.

Ideally both precision and recall will be high, but there is often a trade off and which you care more about will depend on the specific problem. Since in this case we’re aiming to identify potential fraud, it’s more important to not miss any suspicious transactions than it is to avoid mis-identifying innocent transactions. So we care more about having high recall than high precision. 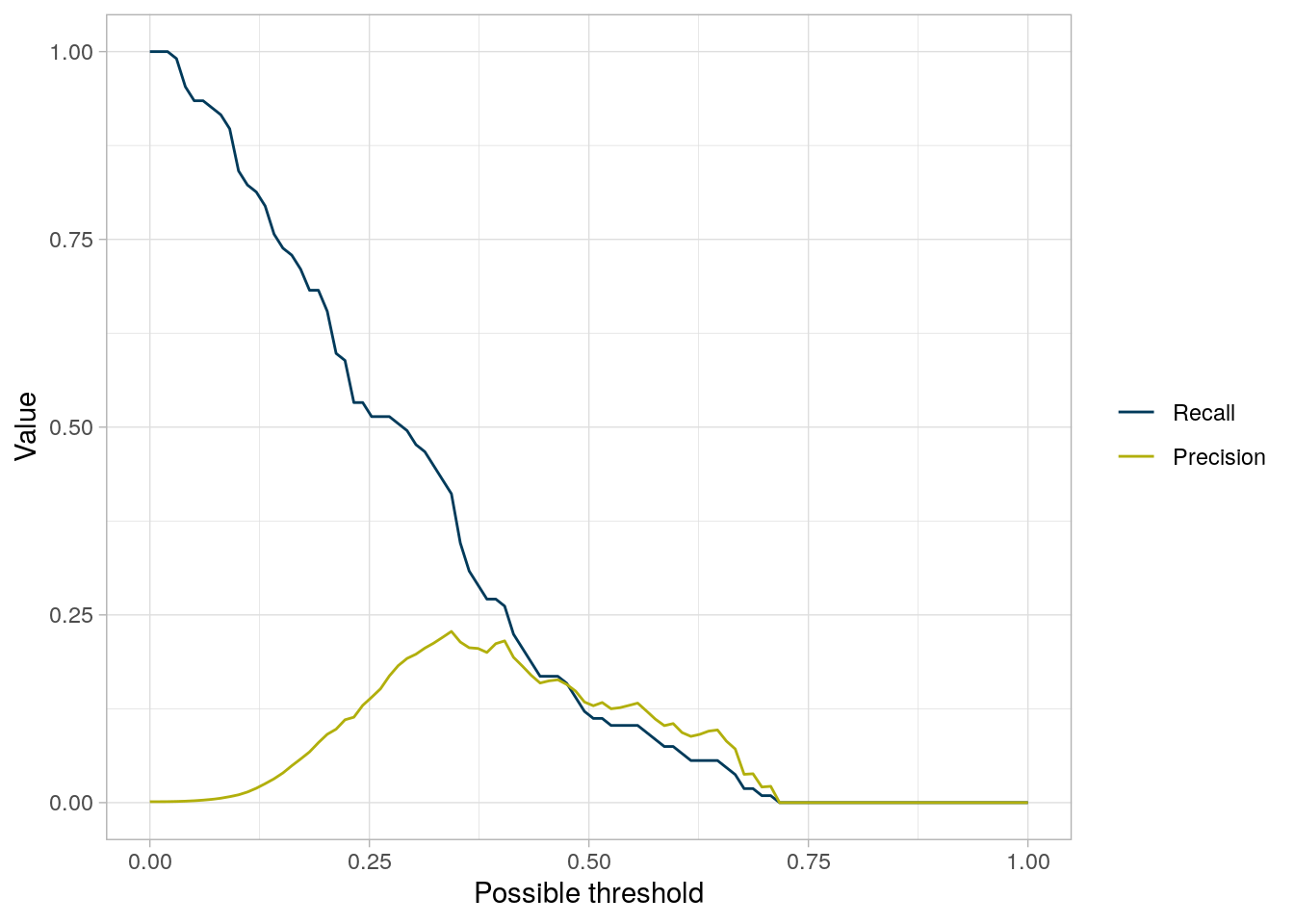 The plot shows how precision and recall change depending on what threshold we set. This can help us identify an appropriate one. In this case, precision is highest at a threshold of ~0.35, but the recall at this threshold is not very good (~0.3). Choosing a threshold of 0.2 gives us better recall at the cost of slightly worse precision. 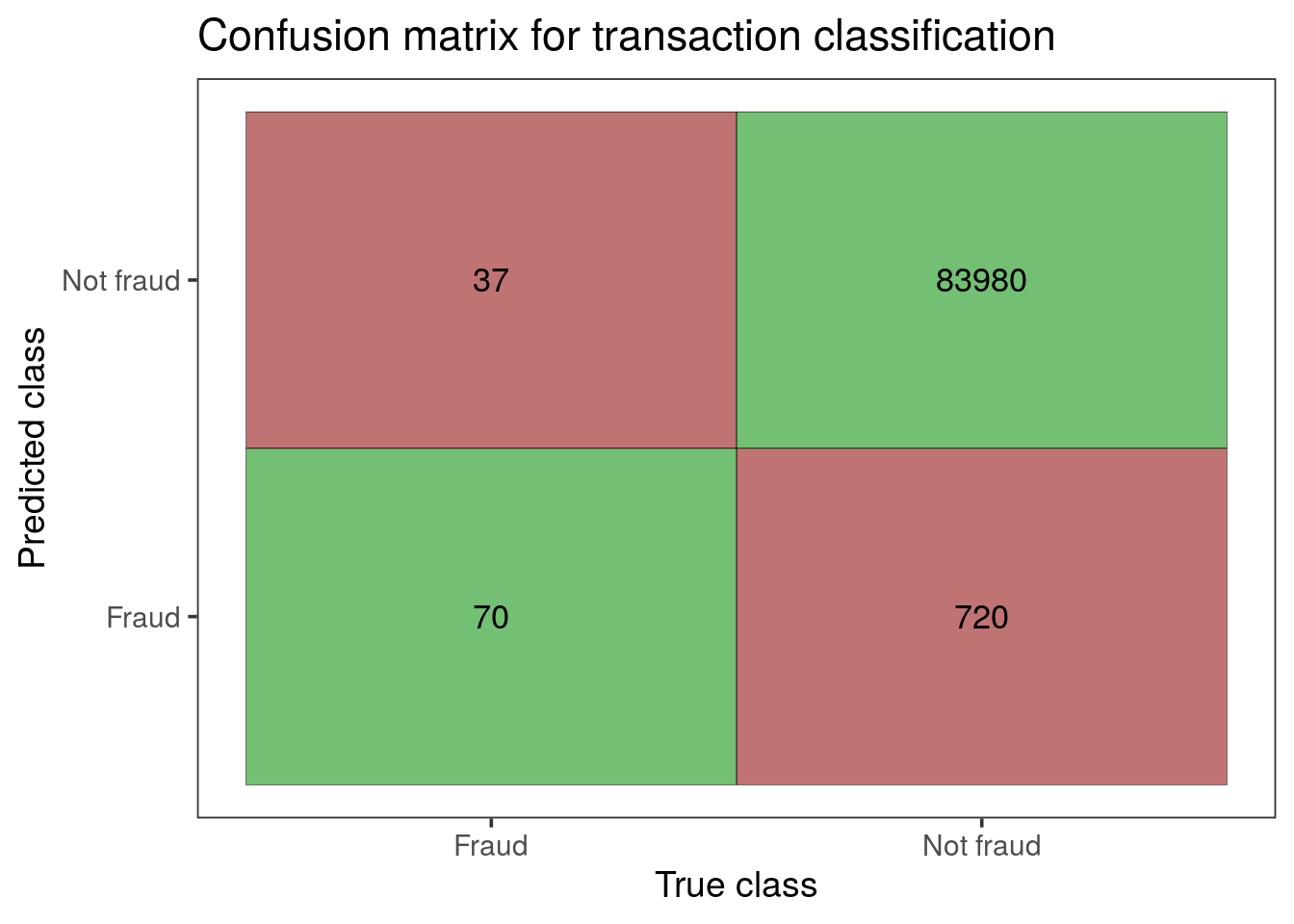 If a high proportion of transactions associated with one card number are flagged as potentially fraudulent, we should feel more confident that a customer should be investigated than if they have only one potentially problematic transaction. However, it’s likely that even customers committing fraud also have many non-fraudulent transactions. 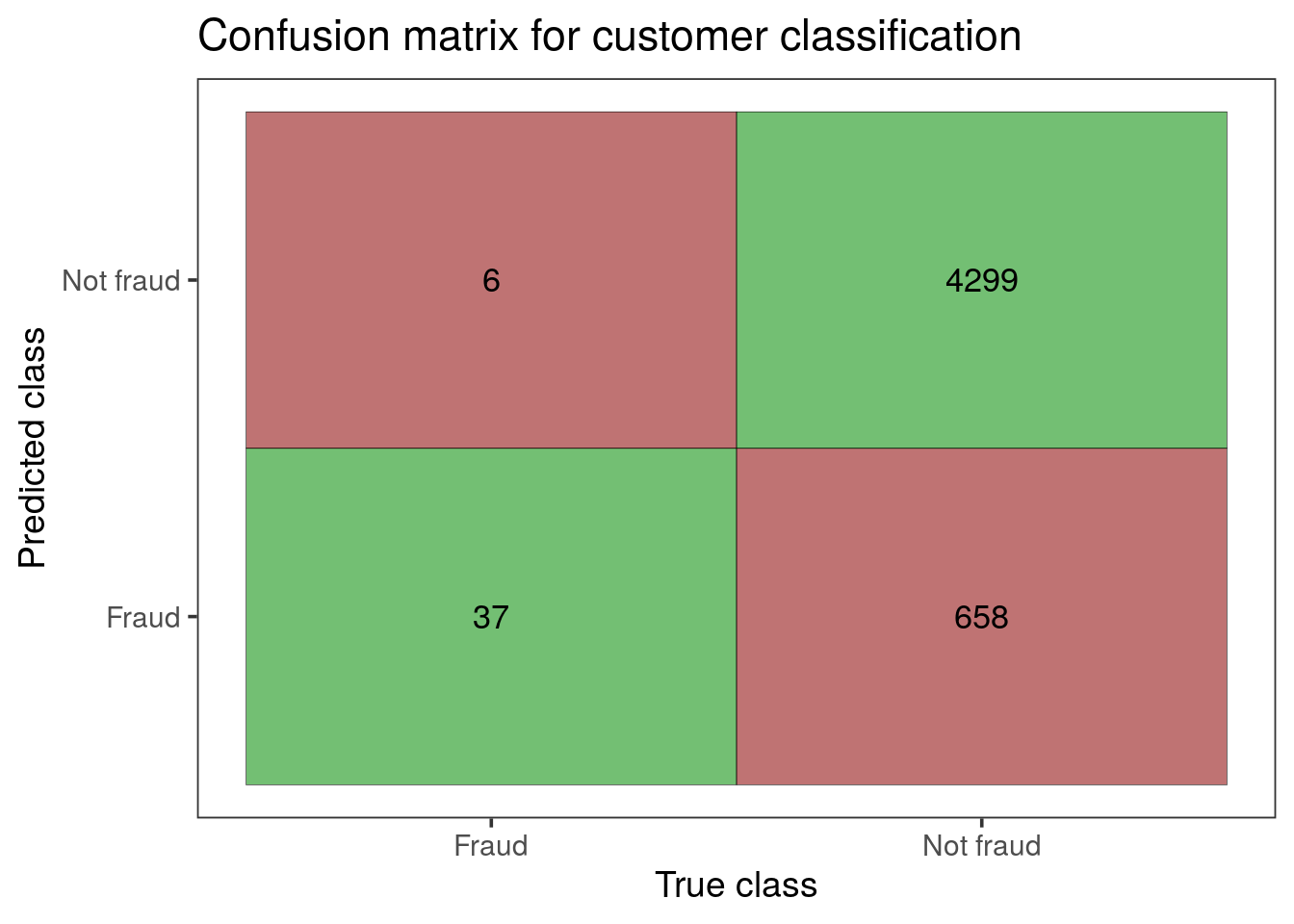 We’ve shown you a fairly straightforward example of using an autoencoder to identify unusual transactions, but the real life version of this problem was much trickier. We spent a lot of time auditing and processing our client’s data to make sure we could get the most out of this approach, whereas the data we used in this example needed little pre-processing. We also needed to refine many of the parameters of the model and test different architectures to find one that performed well.

As you can see, deep learning is a powerful approach for identifying anomalies. If you’d like to learn more about how we could help you apply techniques like this in your organisation, please get in touch .